[vc_row][vc_column][vc_single_image image=”2463″ img_size=”full” alignment=”center”][vc_column_text]Audiobook Reviews April 2018 was a fill of good listens.  Sticking to my backlog, I finally got around to some books that I had forgotten about.  Before you go forward, please know that I am a huge nerd.  I enjoy Sci-Fi / Fantasy books, with a healthy mix of Suspense/Thriller novels.  If that’s in your wheelhouse, this list is for you. 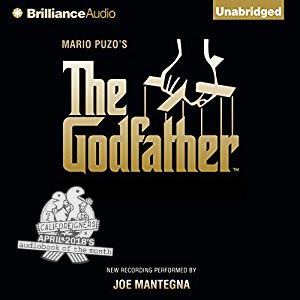 Why did I wait so long? The Godfather by Mario Puzo was outstanding. It had exceptional storytelling with plenty of high stakes and intrigue. The story follows the Corleone family.  From Vito’s ascension into a Mafia Don to a full-scale war with other influential families in the New York area. Nobody was safe in the novel, and I love that.

The book zigged a few times into some strange corners. I’m still scratching my head to why we needed to follow Sonny’s ex-girlfriend’s story about vaginal surgery. Small spoiler I know, but it doesn’t have anything to do with the rest of the story.

Other than that, the book did a great job, building the myth behind the Corleone family.  I enjoyed all the subplots behind Vito, Tom, and Michael.  Their strong characters had me rooting for them throughout the book.

I was living under a rock to have never seen The Godfather, but I am glad I did because I thoroughly enjoyed the audiobook.  At least now I’m finally excited to watch the movie.

Buy it on Amazon: https://amzn.to/2IkGUTH

There were a couple decent audible sales in March, but I didn’t buy much. The Land has been using up all my audible credits lately.

In addition to The Godfather, I listened to 5 other books in April. 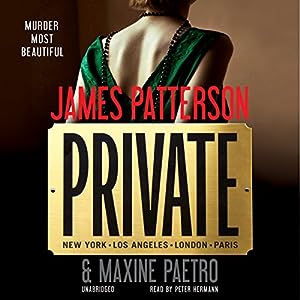 Private by James Patterson is the first in a LONG list of novels centered on Jack Morgan.  A former helicopter pilot in the Marine’s who now runs a hugely successful detective agency.  Nothing is too big or small for his firm. Jack and his team are considered the best in the business.

While the business is set up for success, Jack still struggles with events from his past.  Be it family or his time in the military, Jack has a hard time dealing with his issues, and it affects the people around him.  Which creates additional intrigue on top of the unique cases he chooses to pursue.

In addition to Jack, his agency employees some of the best specialist in their fields.  Notable characters are Justine Smith, Jack’s second in command and Rick Del Rio, another Marine that Jack served within the military.  His trust in them makes them a successful team.

If you’re looking to start a series with legs, consider getting Private book 1.

Buy it on Amazon: https://amzn.to/2rnvYtQ 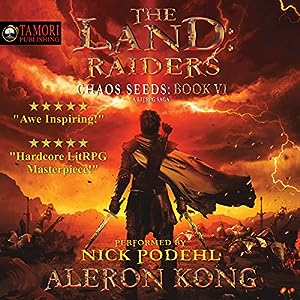 The Land Raiders was action packed.  With a more serious tone that was unlike the previous installments in the series.  It seemed like essential characters lives were at stake, and I found myself stressing about who wasn’t going to make it back.

Everything I’ve spoken about and loved in the series returns in The Land Raiders.  A lot happened in book 6.  As the action continued to build on itself and found myself getting overwhelmed by the number of significant decisions Richter was making in such a short period.  A complete 180 from the pace the other Chaos seeds books have had.  On more than a few crucial choices I found myself saying, “Maybe we should think this through!”

As always, more doors opened, and it left me wanting more.  I love The Land series and will be patiently waiting for the next installment.

I would also like to mention how great Nick Podehl does as the narrator of the series.  Nick’s expressive voice and comedic timing are perfect for The Land.

Buy it on Amazon: https://amzn.to/2rsVnmT 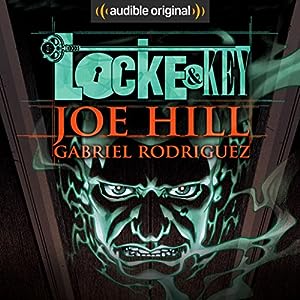 I tried listening to Lock & Key on a few other occasions in the past, but the story never hooked me.  This time around, I was determined to finish the audiobook and found it to be a real struggle.  I even listened to the final two-thirds of the book at 1.5 speed to get it over with as soon as possible.

Originally a comic book series by Joe Hill.  Locke & Key revolves around a magical house and a handful of power keys that can break, bend, and disregard any rules of nature and life.  While the premise of the story was interesting, I think a lot of the dislike I have for Locke & Key comes from its audio drama format.  The sound production didn’t match the story.  Locke & Key is a story for a mature audience, but the voice actors and sound design made the book sound like it was made for children.  Bode’s voice acting was childish and over the top that I was annoyed everytime the kid spoke.

Unfortunately, I didn’t enjoy the audiobook at all.

Buy it on Amazon: https://amzn.to/2rpD8Oh 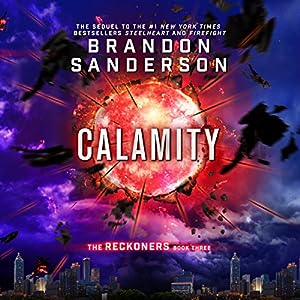 I liked calamity, and it ended up being my favorite book in the three-part Reckoners series. The second book lacked the excitement found in the first installment, so I wasn’t sure what to expect from the series conclusion.

Thankfully, Calamity’s strong villain character ended the series on a high note. His ruthlessness kept the Reckoners on their toes, and his presence created action-packed sequences that continually impressed me.

In addition to a great antagonist. Calamity also introduced new characters like Knighthawk and Larcener. Thier characters provided a lot of new tools and insight that gave the Reckoners a fighting chance.

While a few of the plot twists in the story seemed a little too convenient regarding “Who did it.” I enjoyed the story overall, and it ended strong.

Buy it on Amazon: https://amzn.to/2jwhOD3 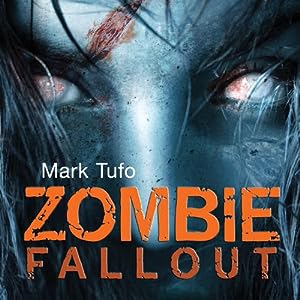 I don’t even know why I try with Zombie stories anymore.  I figured it was going to be underwhelming before I started it and for the most part, I was.  Zombie Fallout by Mark Tufo starts out as expected.  The world gets infected by a failed vaccine that was meant to cure a strain of bird flu.  From their, the tried and true plot points of every zombie story unfolded.

The story follows Mike Talbot and his family.  In addition to his military background, Mike is also a prepper.  His readiness for the end of the world gives him a step up in this world gone it hell.

To me, Zombie Fallout seemed like a horror comedy.  One minute the author would describe someone dying gruesomely, which would immediately be followed by an unrelated wisecrack about Mike smelling like crap.

The story did have a few unique aspects to the lore that shook things up, but I found the changes difficult to swallow.  Don’t think I’ll be continuing the series.

Buy it on Amazon: https://amzn.to/2wgGzfK

Check out our main Audiobook Recommendations Page.  On there you can view my entire library which is ranked from 1 to 5 stars.  If you haven’t yet, you can check out the audiobooks I reviewed in March 2018 Or, jump into the future and see what I listened to in May 2018. 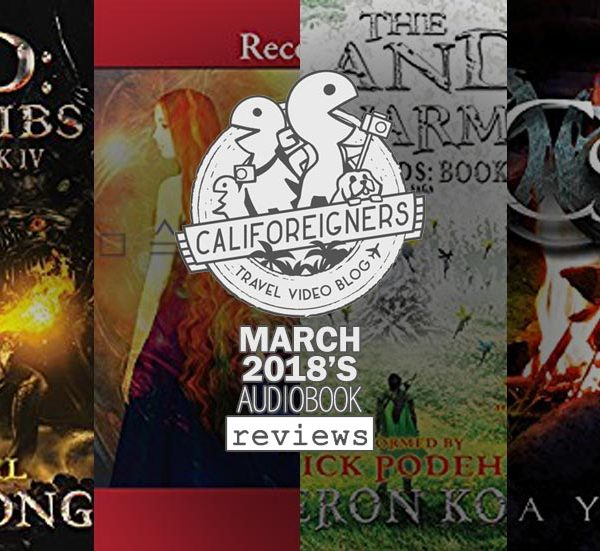 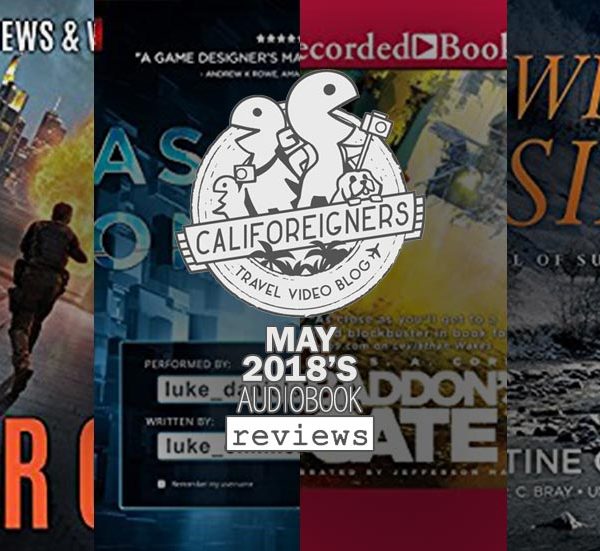 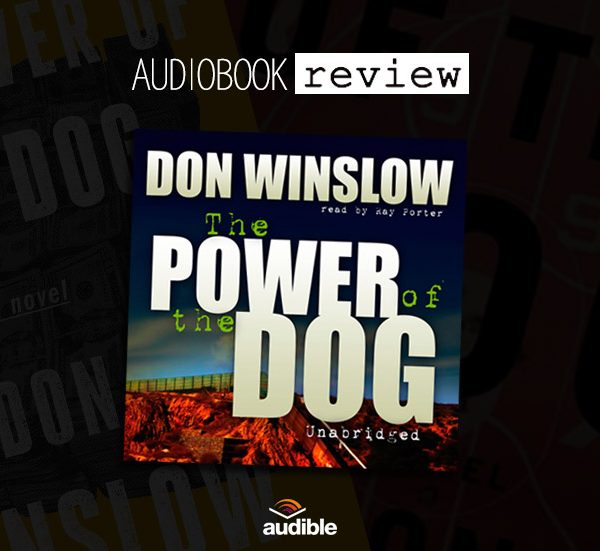 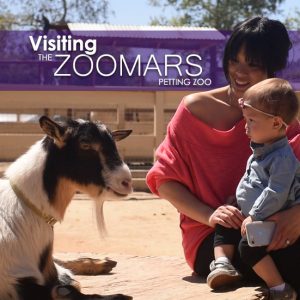