When we told friends we were going to visit Santa’s Village near Lake Arrowhead.  They were surprised. Most didn’t know it was fully renovated and reopened in 2016 under the name Skypark at Santa’s Village.  Open year-round it’s now an outdoor adventure park that has plenty to do in addition to visiting Santa.

In Total, we spent over 5 hours inside the park. With a close eye on the different showtimes, we found ourselves in constant motion the entire day, jumping between activities and scheduled shows. and would have stayed longer if we didn’t have plans in the evening.

Getting to Santa’s Village at 10 am

On arrival, we made sure to snag reservations for the zipline and Santa house.  Both fill up fast so we suggest doing the same if you go.  Once those were taken care of, we took our time trying out everything Santa’s village had to offer.

Skypark turned out to have a lot to do.  We started with the ice skating rink and kept on moving through to the power wheels track where you can sneakily remote control the kid’s cars.  From there it was a ride on their little train before you took in a campfire story.  I gotta say the actors did great and started sitting in on all the shows.  The kids really liked the puppet show, but their favorite by far was the Wacko Show magician.  He had all the kid’s complete attention with Kairi saying his show was her favorite experience of the day.

Plenty to do throughout the day

We followed that up with a late lunch and then stop by Santas house to see the jolly old man.  Of course, the girls turned into stone in his presence but the setup was really nice. Afterward, the girls had a lot of fun inside the kid’s obstacle playground, with the most popular contraction in there being the mini zipline. There was a really cool climbing wall and boulder room for the kids as well.  Along a pushbike track for little ones, and shooting, archery, and ax throwing higher up the mountain for older kids.

In addition to that, the girls poked their heads into Santa’s workshop, considered mining, and begged for candy inside the bakery while I headed up to my zipline reservation.  I agree being the only adult going by himself it was a little embarrassing but I had a lot of fun saying my children wanted to watch me do it.  regardless, I had fun with it, with the most nerve-racking part coming at the end when you’re supposed to just fall off the catch tower.  I’m pretty sure he had to push me.

Surrounding all this was a maze of mountain bikes trails, hiking paths, and a crazy suspended bike attraction they have in the works that’ll have guests riding up above the park when it opens.  So if you have a mountain bike at home, bring it, cause access to the mountain is also included with Santa’s Village tickets.  If you don’t own a bike, the park also rents some at and first come first serve bases.

Random Tips from our visit

All together Skypark at Santa’s Village has a TON to do.  But the ticket prices are higher than most would expect at 69 to 59 dollars when we went.  The food isn’t cheap either so consider packing in some snacks.  But for the FUN we had girls and saw how much they enjoyed IT.  We recommend bringing the kids to experience At LEAST once.  Santa’s Village is even older than Disneyland so it’s cool to see it reopened giving kids the opportunities to have some seasonal holiday fun up in the mountains of SoCal.

What other sites are saying about Skypark At Santa’s Village

Places to visit around the area:

That being said, we’re always out exploring and encouraging others to spend time outdoors as a family.  Watch our YouTube Playlist below to see over 60 additional options you can take your kids to for little to no money 🙂

If you found our post helpful and want to hear more from us in the future, please consider signing up for our Monthly Newsletter.  We promise to send you the most basic, to the point text newsletter you’ve ever seen!  Thanks in advance for the support,  it’s much appreciated. 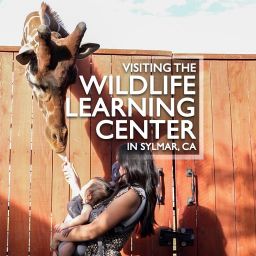 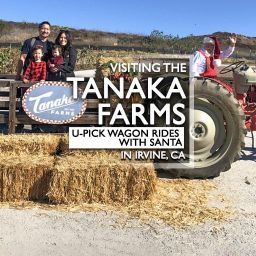 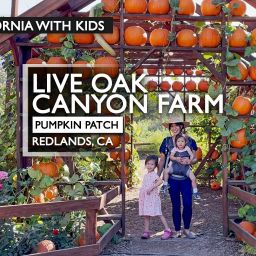